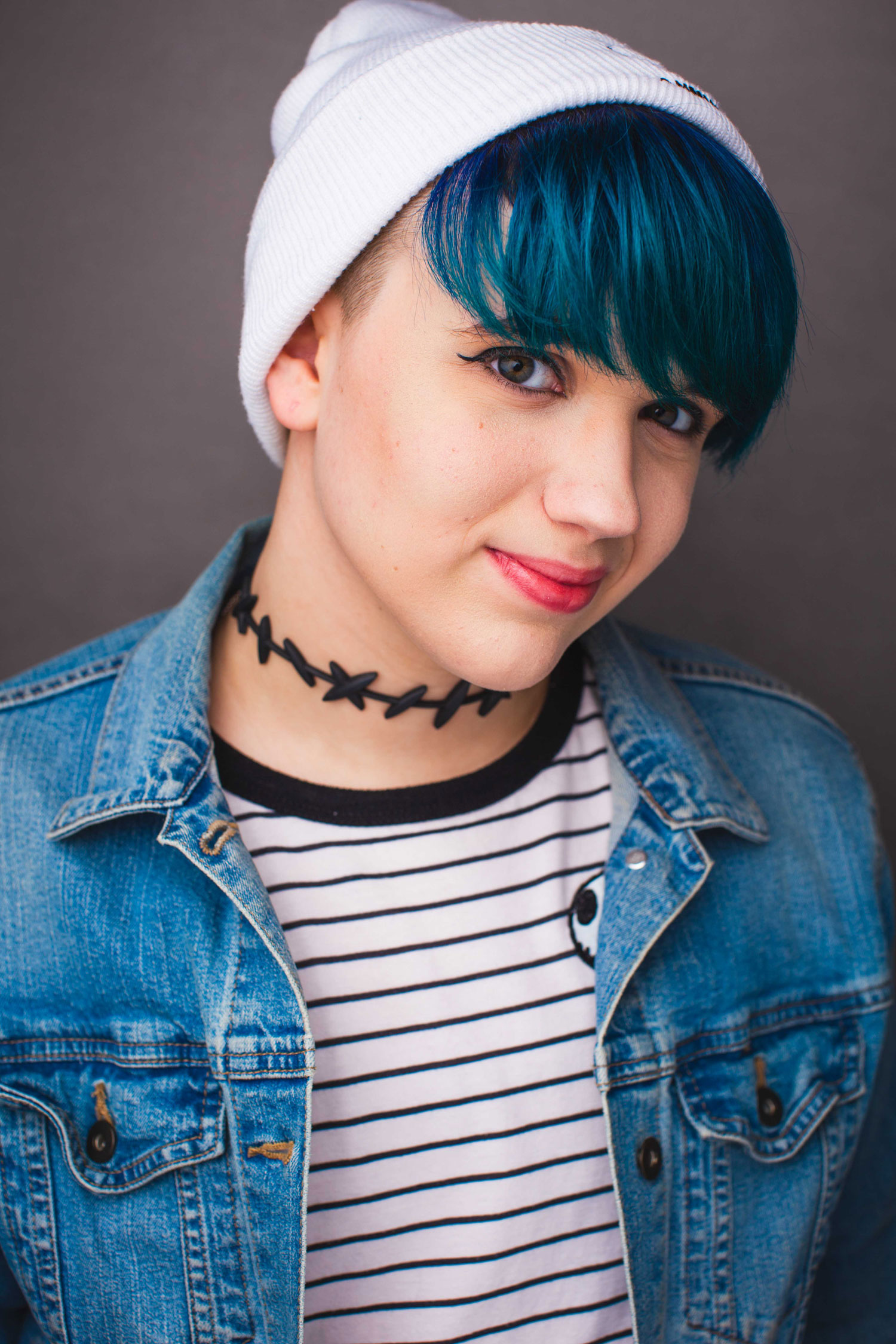 Echo Bodell is a proud hyphenate; singer-songwriter-actor-artist-activist. Echo uses their art in various forms to represent, advocate and provide a voice to non-binary teens in particular, but more broadly to the LGBTQIA movement or for anyone who doesn’t feel heard. Their lyrics capture the angst and mental health concerns of teens everywhere, particularly those who feel marginalized for their gender identity. Listeners feel they are telling their own story listening to Echo’s songs. Echo has released 2 EPs available on Spotify, Apple Music, etc. and is available for performance or tours using the contact form.

As an actor, Echo hopes to bring more non-binary characters to life on television, stage or the big screen. They are most proud of serving in the title role on the soon-to-be-released independent film Lux Freer – the story of a marginalized non-binary teen who becomes Homecoming Royalty. Echo’s music also provides the soundtrack for the film. Echo is represented as an actor and voice-over artist by Edge Entertainment Management and Stewart Talent Agency.

Raised in Westport, CT Echo is currently studying both visual and performing arts at SCAD (Savannah College of Art and Design) while also gaining more behind-the-scenes expertise in music production. They continue to write, produce, record and publish new music with partner Larry Edoff and self-tape auditions from their dorm room!

Extracurricular and Summer Coursework include:

Majoring in Illustration at SCAD

Most elective coursework throughout high school in visual arts, including:

Extracurriculars and summers also focused on Visual Arts. Studied at:

Echo is represented for Acting and Voice Over Work by:

For all other inquiries, use the contact form below.